Suggestions the RBA should purchase Australia’s coal mines is ‘all nonsense’: Mundine

Fire breaks out near Sydney Airport

Our first peoples already have a blueprint to remake the fire-ravaged land, it's in our country's bones | Jack Pascoe

‘Buy from the bush’ founder’s Australia Day address ‘makes you proud to be Australian’: Credlin

Bankers and business use other people’s money to support ‘woke causes’: Kenny

Rafael Nadal talks about having “only” one Australian Open grand slam

Australia fires: has the rain put out the bushfires and could they flare again?

The prime minister says he is focused on “practical” measures to address the effects of climate change in Australia rather than bolstering emission reduction targets. As the government faces internal pressure to do more on climate change policy, Scott Morrison said Australia was already “carrying its weight” in terms of its global emission reduction

The most surprising thing about the first Essential Report for 2020 is not that Scott Morrison has taken a personal hit , it’s that it isn’t an absolute walloping. For those who have been following the prime minister’s torpid response to the ongoing bushfire crisis from the cheap seats, it’s been obvious the PM was cruising for a polling bruising,

Essential poll: more voters disapprove of Scott Morrison and see him as arrogant

Voters have marked down Scott Morrison for his handling of the bushfire crisis, and increasingly see him as arrogant and out of touch, according to the latest Guardian Essential poll. The survey, undertaken from 7-11 January, also shows Anthony Albanese has overtaken Morrison as preferred prime minister for the first time since he became leader of

The government has been forced to talk about climate change, so it’s taking a subtle – and sinister – approach

The impact of climate-change over the past five months across Australia has caused climate-change deniers within the media and government to quickly update their tactics to a new sinister position. Gone are the plans to just keep lying for the next decade that activists such as Greta Thunberg are predicting that the world is going to end in 2030, or

Scott Morrison's popularity has taken a major hit amid bushfire response scandals, if the latest polling is to be believed

Public anger about the bushfire response has hit the PM. (Photo by Cole Bennetts/Getty Images) The latest Newspoll puts Labor ahead of the Coalition for the first time since the election in May. Scott Morrison’s personal approval has also taken a significant hit, falling from 45% to 37%. The polling follows a month of scandal for the PM and his approach

Sky News Political Editor Andrew Clennell says "unfortunately" for Prime Minister Scott Morrison the bushfire crisis has become all "about him" after the latest Newspoll showed the Coalition had fallen behind Labor. The latest Newspoll figures have the Labor Party sitting at 51 per cent compared to the Coalition’s 49 per cent on a two-party preferred

Scott Morrison has suffered a massive hit to his personal approval rating and been overtaken as preferred prime minister by Anthony Albanese in the first published opinion poll of 2020. The Newspoll, published on Monday, confirms that a horror summer in which Morrison chose to holiday in Hawaii during the extended bushfire crisis that has claimed 28

Prime Minister Scott Morrison has flagged a potential shift in the Coalition's climate policy after he called for a royal commission into Australia's bushfire crisis on Sunday. The prime minister said the inquiry would not only look at how to better co-ordinate the response but also examine the impact of climate change. Mr Morrison will aim to take

Prime Minister Scott Morrison has flagged a potential shift in the Coalition's climate policy after he called for a royal commission into Australia's bushfire crisis on Sunday. The prime minister said the inquiry would not only look at how to better coordinate the response but also examine the impact of climate change. Mr Morrison will aim to take

Morrison slapped down while Labor surges in the latest Newspoll figures

Labor have overtaken the Coalition on a two-party preferred basis following some major political backlash against Scott Morrison's handling of the nation's bushfire crisis according to the latest Newspoll analysis. Conducted by the Australian newspaper, the latest Newspoll figures have the Labor Party sitting at 51 per cent compared to the Coalitions 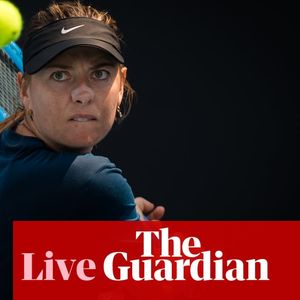 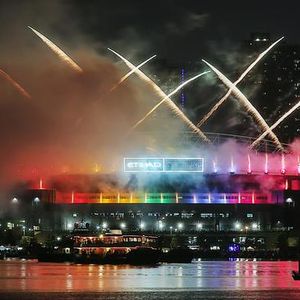