Libyan elections to be held by December 2021

Duchess of Sussex reveals she had miscarriage in the summer

Duchess of Sussex reveals she had miscarriage in the summer

Bulgaria to introduce lockdown until December 21

EU funds mean more to see and enjoy in Gozo

Bulgaria to introduce lockdown until December 21

ECB signals lifting of ban on bank dividends next year

Medical professionals paying with price of life in Italy

EU should set goal to end homelessness by 2030

EU funds mean more to see and enjoy in Gozo 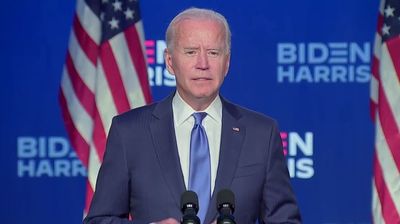 Tista' taqra bil- Malti . Joe Biden’s victory in the state of Georgia was confirmed following a recount, as legal efforts by Donald Trump’s allies to challenge his defeat were dismissed in three states. Biden beat Trump in Georgia by 12,284 votes, according to the audit required by state law. Biden said he was confident Trump knew he was not going